Fortnite is a game that's always changing. While some of those changes are due to the continued tweaking of internal teams, others are due to the influence of other games.

One of the biggest, and most obvious, mechanics taken from other battle royale games is the new inclusion of the respawn buss in team-based modes. 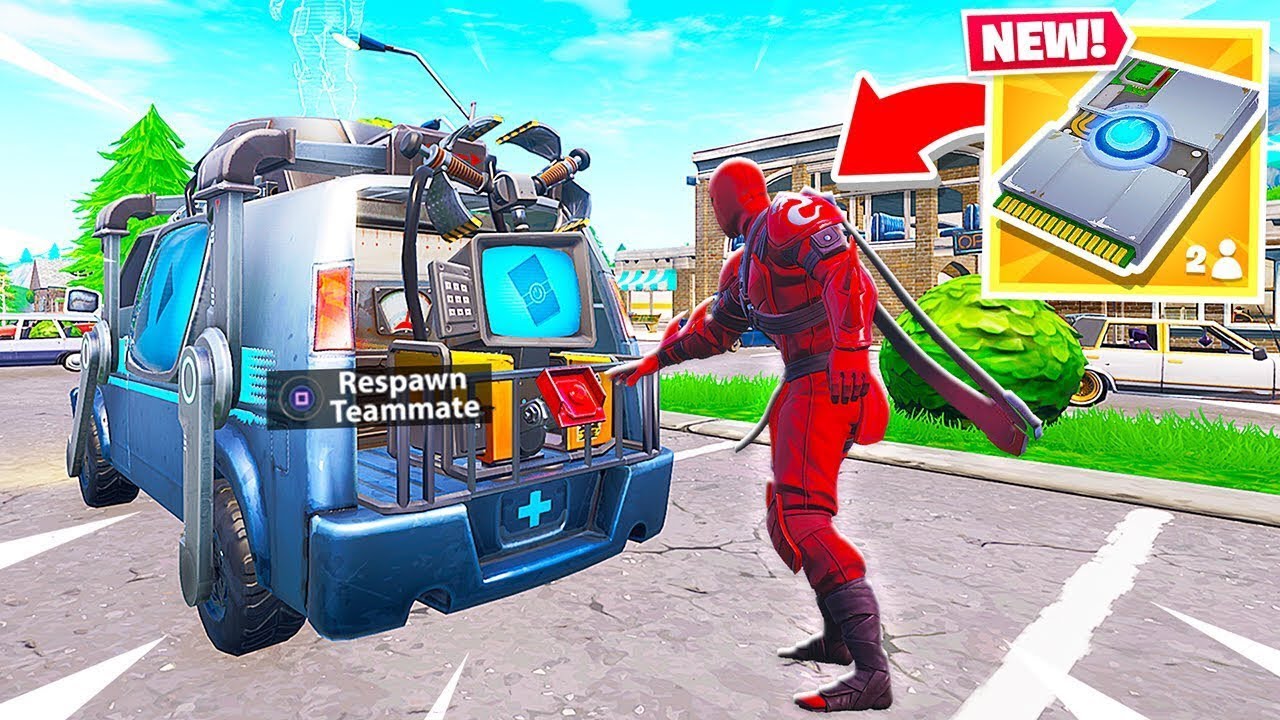 For the first time ever, players will be able to get a second chance after they are taken down by opponents and can contribute to their team's victories by bringing others back to life.

What Are Respawn Busses?

The respawn busses, which are known in Fortnite as Reboot Vans, are new additions to the game that are meant to radically change the way that team modes are played. In traditional battle royales, players get one life and the last player standing wins.

With the addition of a respawn mechanic, teams can now theoretically bring back players to create more of a back and forth in the game.

It's now possible to be eliminated in the early seconds of the game and to get a second win just minutes later, something that will definitely create new strategies and that will likely change the balance of team play.

When Were They Added?

The Respawn Busses are a fairly new part of Fortnite, coming as part of Patch 8.3.

This certainly isn't the only new thing coming in the patch, but it's probably the most exciting thing that you're going to find in the game.
As you might imagine. the timing on this one coincides with the growth in popularity of both the new Battlefield Battle Royale mode and with the continued popularity of Apex Legends. This isn't the first time that Fortnite has played follow the leader, nor will it be the last.

Since the Respawn Busses seems like it's here to stay, it's a good idea to learn a bit about how they work.

Reboot Vans are stationed in each one of the areas of the map, allowing players to bring their dead teammates back to life so long as they have the right materials.

This isn't an instant resurrection, though, nor is it one that brings back a teammate with all of his or her gear. As with most parts of the game, respawning a downed teammate will have both risks and rewards associated with the prospect.

When you play Fortnite in a team mode, you'll get a new item added to your loot table. When you die, a keycard will drop and stay on the ground for ninety seconds.

During that time period, anyone on your team or squad can pick up the keycard. Once the teammate has the card, he or she can run it to the nearest reboot van in order to bring you back.

Multiple cards can be used on a single van, so there's definitely some merit to the idea of running around collecting the cards of the fallen before you move on to a van.

What Other Players See

To keep respawning balanced, other players are immediately alerted to the use of a reboot van. Once the van starts working on bringing back players, everyone else on the map will both hear an audio clue and see a beacon.

This will not only allow players a great chance to stop the respawn in progress but to take out the other squad members who are trying to bring back their lost teammates.

This is actually a pretty clever mechanic, as it puts anyone trying to bring back a teammate in a great deal of danger and makes the respawn mechanic something that will inevitably involve a great deal of strategy.

What Happens When You Respawn

You don't exactly come back strong when you respawn in Fortnite. If you manage to successfully come back, you'll only be in a slightly better position than you'd be in if you had just dropped.

You will have 100 health, a common pistol with 36 ammo, and 100 wood. This is enough to get most players back into the fight, but it's not enough to give anyone any kind of advantage when they respawn.
The addition of the Reboot Van and of the respawn mechanic marks one of the biggest changes to the balance of Fortnite's Battle Royale mode. Every strategy that's currently in the game is going to have to be rethought and most of what players have relied upon since launch is going to change.

Whether this change ends up being something that makes the game better is yet to be seen, but it's certainly something with which players are going to have to deal for at least the immediate future.

In time, the mechanic will be proven to be either a great addition to the game or just an attempt to cash in on the flavor of the month.

1 thought on “Respawn Busses – How Do They Work?”