Only a couple years ago, Logitech had achieved incredible success with their Proteus Core gaming mouse. This thing looked absolutely badass and had the performances to match!

That's the reason this is one of the most popular gaming mice used by pro Fortnite players like Ninja.

Seriously, I know that because I'm old enough to remember the time when this thing just hit the shelves, and let me tell you something, it caused some huge waves in our little community.

Plenty of debates had been started since then, and a lot of people have claimed that this mouse isn't exactly an ideal solution for gamers, due to its complicated design, but guess what, it still ranks near the very top till this day! Even people who are from our world stop and check it out every now and again, marveling at its space-age design.

Nowadays, Logitech even found a way to improve on their original design! I am talking about the mighty G502 Proteus Spectrum, a device that looks kinda similar to its predecessor, but brings all sorts of improvements.

Let's dig a bit deeper into some of the details!

Logitech G502
Most popular mouse used by Fortnite Streamers and our recommendation for the best Fortnite mouse.
View on Amazon

A quick rundown of the main features 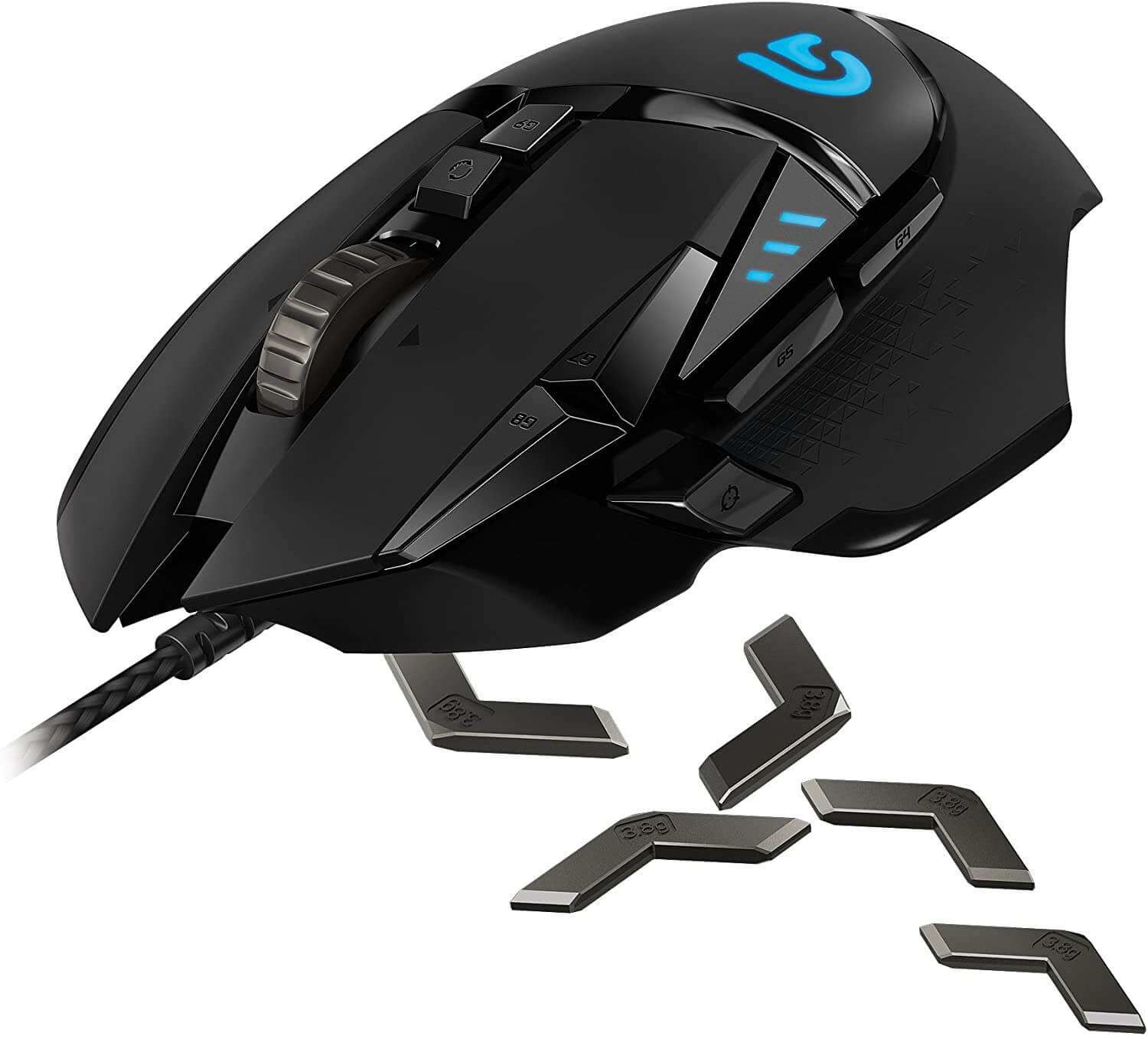 Standing at 132 x 75 x 40 mm, this mouse it pretty comfortable in the hand. I've heard some stories from gamers with exceptionally large hands, claiming that some of the sharper corners can take their toll after longer gaming sessions, but take it from a guy who can palm a basketball with no issues, I have yet to encounter such problems.

On the contrary, the textured rubber grips make this mouse really comfortable to use.

As far as the weight goes, the Logitech G502 Proteus Spectrum comes in at 121 grams. It's not hard to see that this places it at the very top of the chart, especially compared to some of its competitors.

Still, no one can deny the fact that this mighty gadget feels like a quality product in the hand.

Logitech is known for its customizable devices, and this mouse is no different. With that in mind, it shouldn't be surprising that it comes with a set of 5 weights at 3.6 grams per piece, with which you can easily add some additional weight to this device. 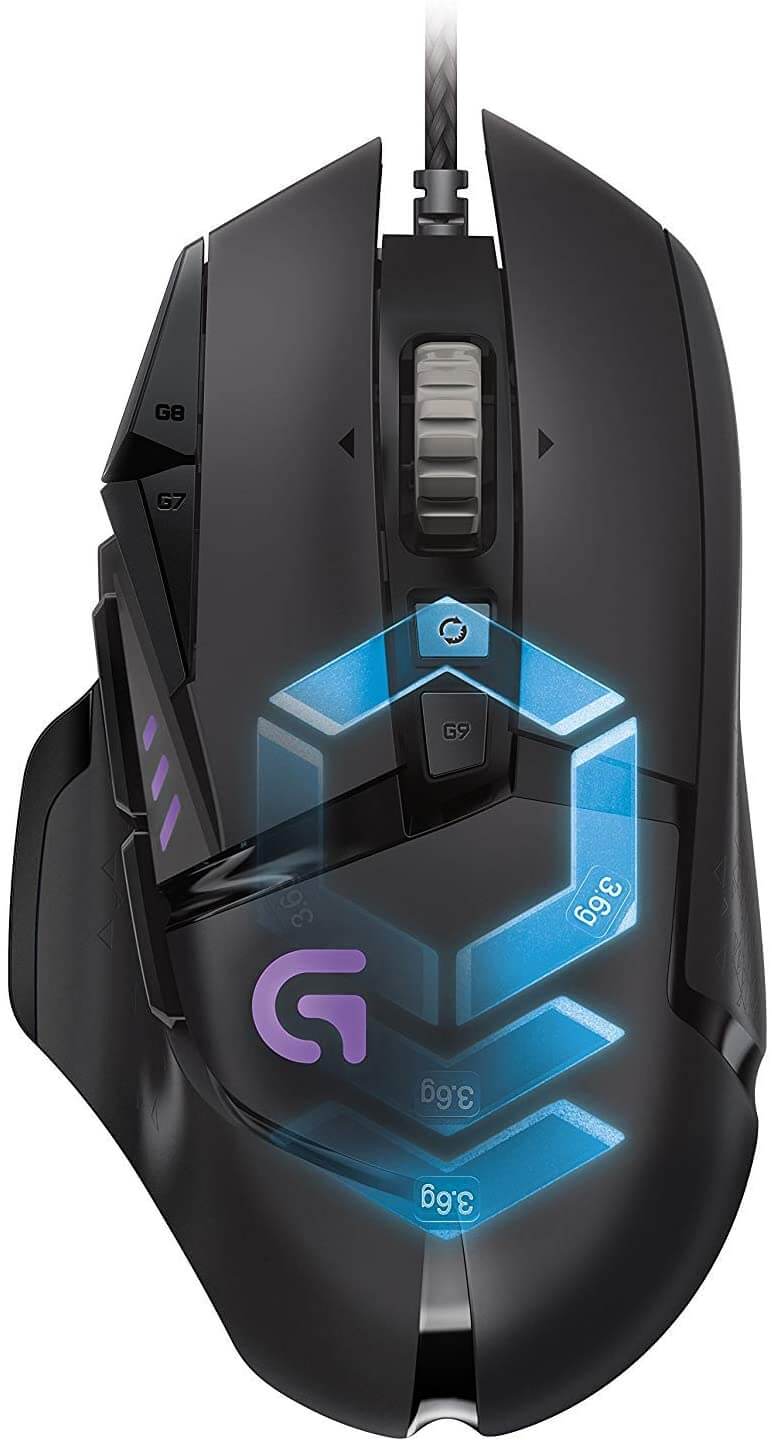 If you want to add weight, simply remove the magnetic cover at the bottom and mount as many pieces as you'd like.

You can try several different configurations, depending on your personal preference. When it comes to my own experience, I found that I get the best results when I add two pieces near the very center, as I like to keep my mouse as balanced as possible.

Adding weight does not alter the performance, but the user experience will be quite a bit different, so don't be surprised if it takes some time to get used to the new settings.

When it comes to looks, the Spectrum comes in a mostly matte finish, but there are some glossy bits here and there to accentuate the sharp curves. The only major difference can be found in the scroll wheel, which has a dark gray tint to it, breaking down the monotonous all-black look of this gadget.

By looking at the pictures, you’ve probably noticed that this thing has a shiny Logitech logo as well as three stripes on it. In case you were wondering, yes, the colors can be changed in the menu, and you can choose between 16 million combinations to find the one that suits your need perfectly.

In my humble opinion, I’d say that Logitech designers made it look expensive! That’s probably what they were after anyways.

If you are a person who likes to tinker around the settings and adjust everything down to the minute details, the Logitech G502 Proteus Spectrum is the mouse for you. Just install the software, and you will get access to tons of options for tweaking and adjusting this mouse to your heart’s desires. The mouse is equipped with onboard memory, so you can save your settings directly to it, or you can do so on your computer.

One of the first settings that most users will probably test out is the DPI range. In total, you will be able to choose between 5 different levels.

Another neat feature of this software can be found in the fact that once the software is installed, it will automatically scan your computer, looking at all the installed games. Why does it do that?

Well, it allows you to set a profile for each game in particular. This can be incredibly useful, and it can save you a bunch of time, especially if you plan on playing multiple titles with specific settings saved for each one. 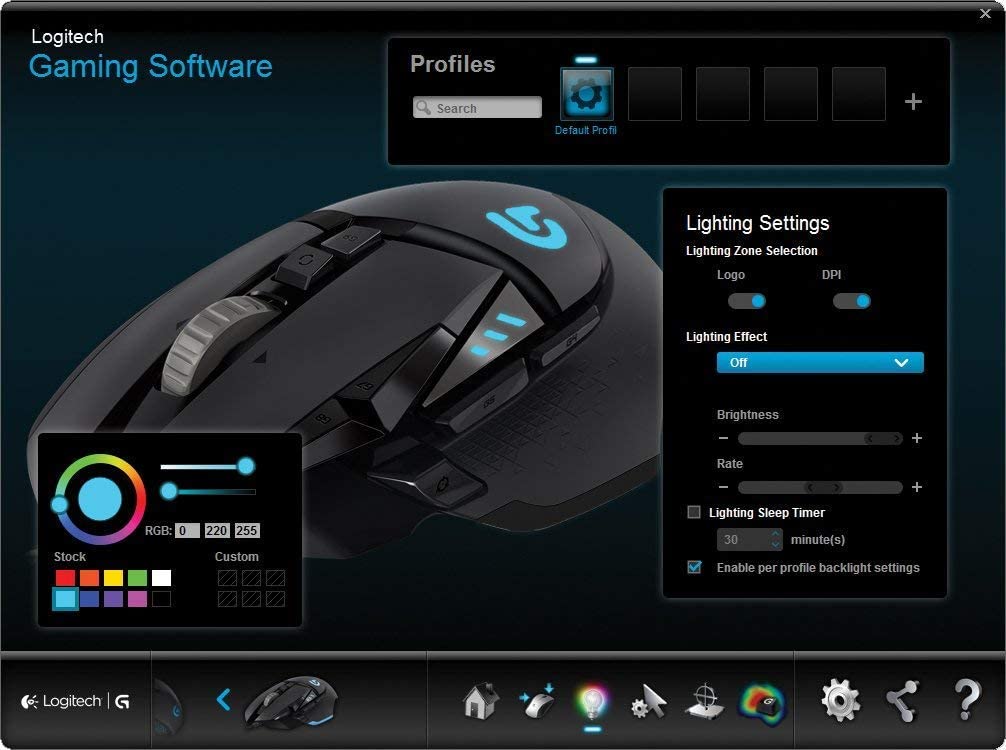 Still, in my mind, there’s a different option that makes it stand out the most. It is known as Surface Tuning. The mouse gets to analyze the surface underneath it, determining the best settings for it, which will maximize the performances. This feature has shown to give out great results regardless of whether you’re using a mousepad or not.

Naturally, it should work best with Logitech mousepads, but it will function with others as well, regardless of the manufacturer in question. Of course, if you stick with Logitech ones, the settings will probably be easier to perfect, as they come with certain presets for those products.

First of all, in case you used the Logitech Proteus Core, the new Proteus Spectrum will fit like a glove. However, even first time users will quickly learn how to get the maximum out of this beast.

The mouse itself is built from smooth and textured plastic, which gives it a premium feel in the hand. Interestingly enough, the scroll wheel feels almost like it’s made out of metal, but I’m not entirely sure if that’s the case.

As we already mentioned, Spectrum comes with 11 programmable buttons, all of which are fairly easily accessible. I won’t bore you with details about the specific function each button does right of the box.

Partially because it’s a boring thing to do, but mostly, because you’ll probably change it either way once you install the Logitech software.

Ah, finally, we come to the part most of you have probably been expecting all the while. To be quite honest, when you have a mouse of these capabilities, it would definitely be a shame not to use it to its full potential, and spend it on Microsoft Office and answering emails only.

Naturally, most future users are fully aware of this fact, I’m sure of it.

With a range of 12,000 DPI and a plethora of available settings, it’s no wonder why this mouse is absolutely insane when it comes to gaming. I advise you to go through most of them and find the one that suits you the most.

It will take up some time in the beginning, but once you hit the sweet spot, it will feel like absolute perfection. 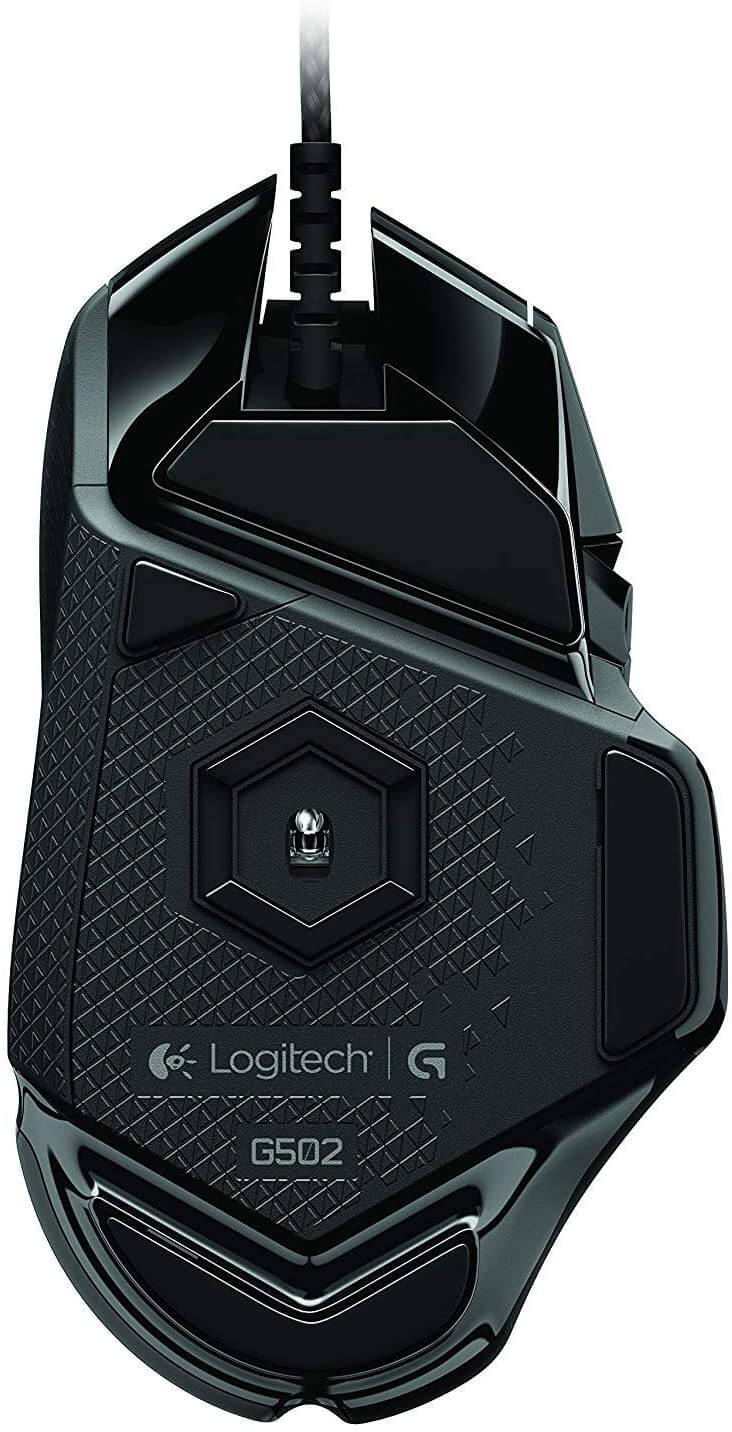 Each button has the right amount of give to it, and it’s very clickable, which is important is fast-paced games. With up to 11 different functions available, you practically won’t even need to use the keyboard once you have the Spectrum by your side.

All jokes aside, but I actually advise you to learn how to use each button in the most effective way possible, and leave the keyboard solely for the purpose of walking.

If you’re just now jumping from the regular $10 mouse to this thing, it will definitely require some time before you get used to it, but don’t be afraid of it, it will come quicker than you think. Once that happens, you’ll be wondering how come you haven’t done it sooner.

It goes without saying that no device can be great in all aspects, and that can be said for this mouse as well. Plus, I really have to mention some of the negative sides of this device, or you’ll probably accuse me that this is a paid promotion.

Which it isn’t, if I failed to mention it thus far. I just genuinely like this mouse.

However, even I noticed that the right side of the mouse has a bit of a sharp edge that takes some time getting used to. Other than that, the only negative I can think of is the price.

Yes, I know that it cannot come for free, but it still is a bit steeper compared to some of the competition.

When the only drawback you can think of it the slightly higher price tag, you know that the device in question kicked ass. When it comes to G502 Proteus Spectrum, all the boxes have been ticked. It looks outrageously good, fits the hand like a glove, and is jam packed with all the latest features one can think of.

If you’re a gamer, you need to give this thing a try. Before you know it, you will end up buying it.

Hell, even if you’re not a gamer, you probably know someone who is, and this gadget can be a great gift. Either way, you should end up buying it. It’s that good.