Are you a 'sweat' sick of bopping bots?

Or a noob sick of getting owned by try-hards and streamers?

Then we've got good news for you. Epic has finally added a ranked mode to separate players based on their skill levels.

What is the New Arena Mode

Arena Mode is the latest addition to Fortnite, one that's been a long time coming. Players have been clamoring for a ranked mode for quite some time and Epic's finally begun to listen. 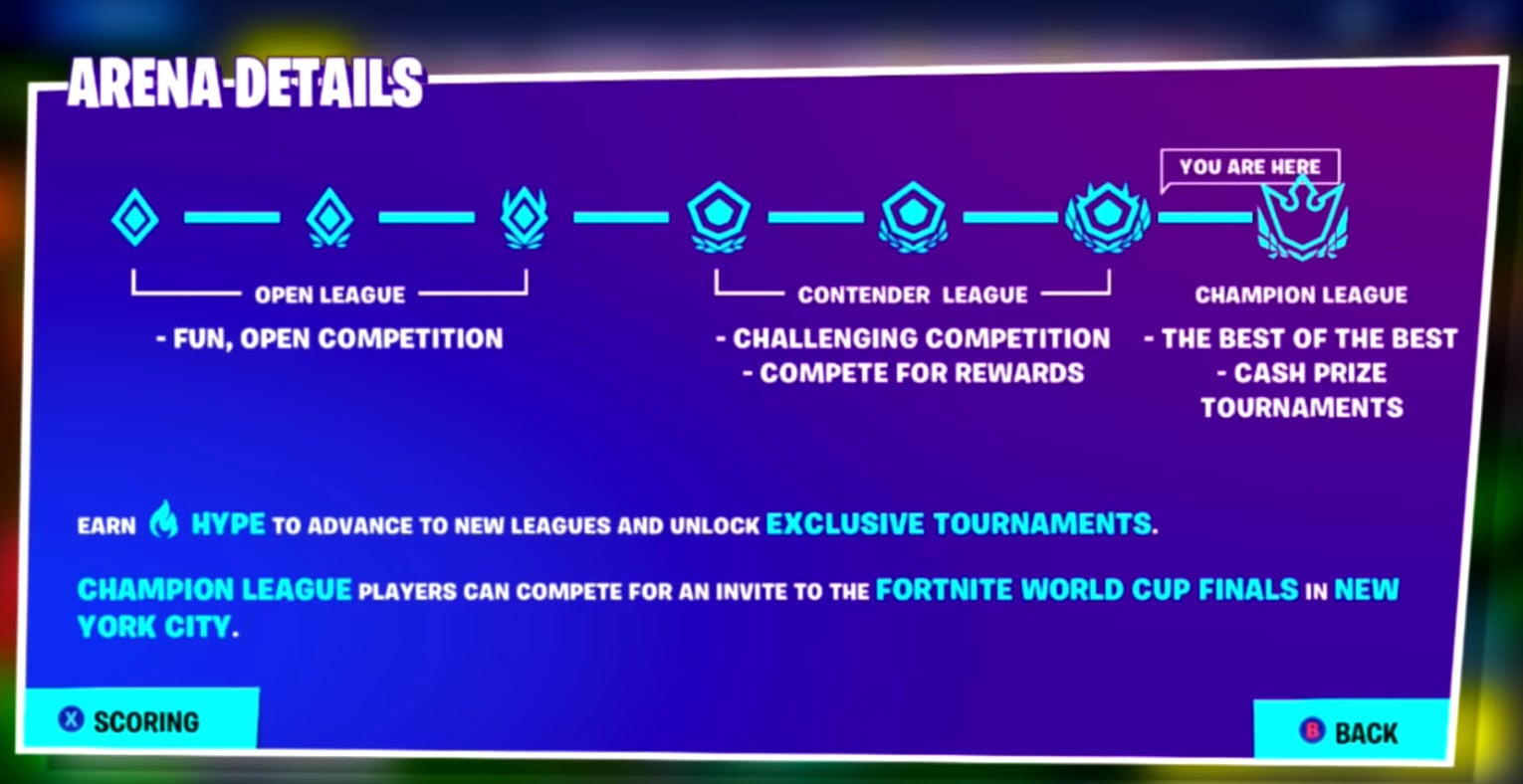 As the competitive scene becomes more important and more big-name players are attracted to the tournaments, Epic has needed a way to clearly delineate the best of the best.

Arena gives Epic a great new way to allow the more competitive players a chance to shine while still preserving much of the core experience for casual gamers.

As with most other online games, the ranked mode of Arena is divided into a few smaller divisions. Divisions One through Three - are called 'Open League', and it's where every player starts his or her game.

The requirements for moving through the Open League are fairly minimal and there are really no penalties for losing a game. It's very likely that the majority of players will spend their entire careers in these three Divisions.

Above the Open League are Divisions Four through Six, called Contender League. These are the higher levels of competition, one where the majority of skilled but non-pro players will probably end up.

Playing Contender League will get you access to special tournaments and events, and it will also give you unique rewards.

Players have to work hard to move up through these divisions, with losses setting them back in the game.

Division Seven is also known as the Champion League.

This is theoretically where professionals will be playing and the level at which one should expect to see cash prizes.

The best players in this league will be invited to the World Cup, so expect a significant amount of high-level competition here. Only the absolute best will ever see Champion League competition.

As you might imagine, ranking up in Arena is largely a matter of doing well in the game. Players receive a special point currency in Arena mode called 'Hype' and each level has its own Hype threshold.

Making it past the Open League requires getting 25 Hype in as many games as necessary. Making it to the next level in each mode requires hitting a new total Hype threshold. 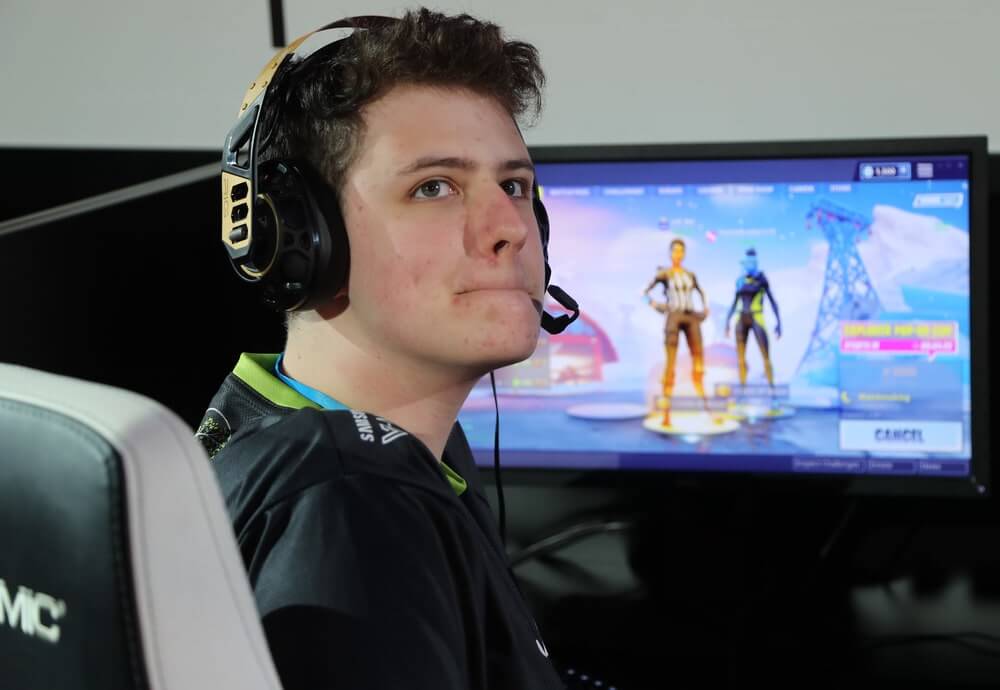 Hype is not just used as a ranking currency - it is also used to enter the game as you get to higher rounds. Once you exit Division Three, you'll pay an increasing amount of Hype as 'Bus Fare' for each match.

If you fail to get any points in your match, you'll walk away with a net loss in Bus Fare.

It's unknown if you can drop in rank due to lost Bus Fare, but you can definitely find yourself sliding backward after a few rounds of poor performance.

The Differences Between Arena and Standard

While the basic difference between Arena and Standard is that only the former mode offers ranked play, it's important to remember that there are some important game-play differences.

With the push out of 8.2, Fortnite has started to favor a much more conservative, methodical style of play due to a lower mat and health drop pool from kills.

Arena, on the other hand, maintains the faster style of play by having the old numbers when it comes to drops. This only really makes a huge difference for those who are playing at high levels, but it's something that does matter.

It's also good to point out that there's no Ranked Squad right now.

Arena is solely solo and duo, so ranked players will have to stick to Standard. There's no word yet on if Squad will continue to be Standard-only or if an Arena Squad mode is coming.

Reception of the Arena mode has been fairly mixed, especially when you take into account the reaction of pros. While there are definitely a fair number of amateur players who enjoy the game, the professionals tend to universally hate the new mode of play.

There are a number of reasons why this might be so, gauging by everything that's hit the internet about the mode so far.

To a fair degree, though, it seems to come down to professionals being uncomfortable with anything that makes a huge difference in how they make their livelihood hitting the live servers. 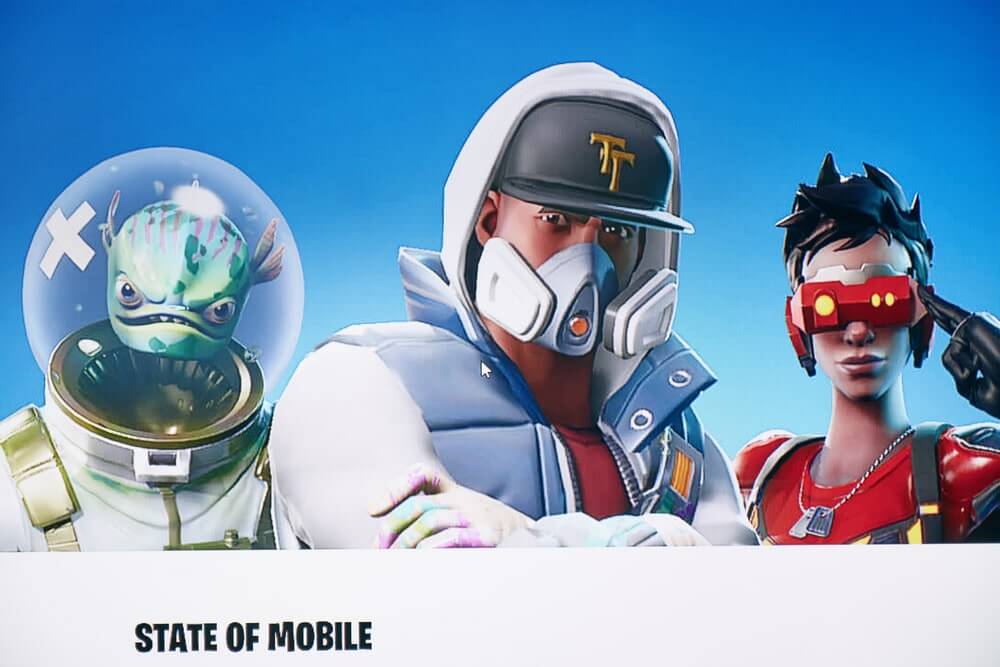 If anything stops them from performing at their typical level, they stand a chance of losing money. Arena mode makes it very clear when they're playing against players of their own caliber, so some of the better players may soon find themselves not looking quite as impressive.

Others might have a harder time racking up the wins, something that could very well lose them views and revenue. It makes sense, then, that so many pros would be against adding this mode to the game.

Arena is, at its heart, something for which many Fortnite players have been begging. It's hard to say how popular it will end up being and even harder to say how the pro scene is going to react to its implementation.

Players should expect it to grow and change over time, just as the rest of the game tends to do. If you are interested in competing on a higher level and you want to show off your skills, though, this will definitely be the mode for you.

Look for more information about Arena - and more changes - to become available as the mode becomes more of a normalized part of Fortnite.